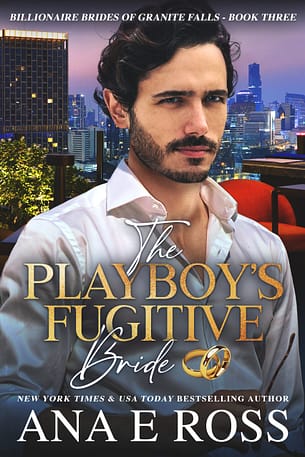 She needed money. He needed a wife. But they each got more than they bargained for in this passionate cat-and-mouse game.

Deadly threats from a loan shark to pay back a debt her late father incurred sends Nia Sylk on a desperate search for Massimo Andretti, the man she blames for both her predicament and her father's death. Determined to make him pay, Nia concocts a tempting proposal she hopes Massimo will find hard to refuse.
Italian playboy Massimo Andretti must marry before his 34th birthday and produce an heir within a year if he wants to keep his billion-dollar inheritance. So when Nia Sylk, a beautiful school teacher offers him her virginity in exchange for four million dollars, Massimo begins to hatch his own devious plan: marry the brazen bella donna to fulfill the terms of his father’s will, and satisfy his own lustful indulgences in the process.
Will Nia be able to escape with Massimo’s millions in tow, or does this infamous playboy have enough charm and passion to derail her plans?

What Readers Are Saying

READ AN EXCERPT FROM THE PLAYBOY'S FUGITIVE BRIDE

Finally, Massimo pulled off the highway and started a climb up a steep paved road. A thick white forest with branches bowing laboriously from the weight of snow encased them. After a few minutes, he made another turn and drove along a somewhat level road that took them farther into the mountain. A wrought-iron gate opened automatically as they approached it then closed behind them.

A cold shiver raced up Nia’s spine. She felt like she’d just driven through the gates of hell with Satan at the helm. A flicker of real fear coursed through her veins as the gross enormity of what she had done took a heavy toll on her senses.

“Too late,” Massimo said as they rounded a corner and reached a small plateau that overlooked deep ravines and a labyrinth of lakes in the distance. He stopped the Mercedes, applied the parking brake, and unbuckled his seat belt.

The sensual look in his eyes was unmistakable. As much as she resented him, Nia knew that if he touched her, she would instantly dissolve like a snowball on a hot tin roof.

“Massimo, we haven’t even had a date yet, and I don’t kiss on the first date.” Nia forced humor into her voice, but the quaking of her body belied the fear and desire she felt deep in her core.

With little effort, Massimo unfastened her seatbelt and pulled her halfway across the seat.  “I’m a businessman, Nia. We made a deal. In business, it’s always wise to sample the goods before the final purchase. I will sample the goods you offered. The last thing I need is a scared little kitten in my bed.”

“I’m not scared of you,” she lied out loud, hoping he couldn’t hear the thumping of her heart against her chest.

He slid closer and Nia almost fainted from the heady smell of male flesh and the hungry glare in his electric blue eyes. Her gaze dropped to his sexy mouth and she knew he could very well swallow her whole right here, right now. She licked her lips. “Massimo, I don’t think—”

“Perfect. I don’t want you to think. Just feel…  me.” He pulled her softly against him.

“Don’t fight me, Nia. Let your body relax and enjoy the call of desire. It’s good practice for next Monday when we seal our little agreement.” He held her chin in his hand, and his mouth came down upon hers, soft and fluttering like a feather. He brushed his lips against hers then slowly traced his tongue along the outline, causing tiny explosions to erupt from ever pore of her body.

“Aprire la sua boca,” he whispered, clasping one hand at the back of her head and tangling his fingers in her hair. “Avvolgere le braccia intorno al nio collo.”

Nia didn’t speak a word of Italian, but somehow she understood him. Her lips parted, and as his hot tongue swept inside her mouth, Nia wrapped her arms around his neck as he’d ordered. She clung to him as an invisible fire threatened to consume her, bone, blood, and flesh. Her heart drummed loudly as she surrendered to the enemy, as lust devoured revenge, and desire robbed her of all logic.

Massimo pulled up her sweater. His warm hand crawled along her ribcage and his long fingers expertly pulled down the lacy cups of her bra, baring her achy breasts to his touch.

Nia whimpered against his mouth as her nipples tingled and hardened against his smooth palm. He molded her breasts with skillful fingers, causing an intense yearning in her belly that quickly spread to the core of her throbbing sex. Moisture collected in her panties. She squeezed her thighs together to combat the pleasure, but quickly relaxed them when she realized it only intensified the ache.

Yielding to Massimo’s seductions was against the rules. Her body and her mind had betrayed her. All she could count on now was her heart. It had to remain impassive to him. And she didn’t think she could trust it.

“Do you still think I can’t satisfy you, Nia?” he asked against her lips. He kept his hand on the heaving mound of one breast and continued caressing the hard nipple between his thumb and forefinger. “Do you find me inadequate?”

Nia squeezed her lids shut, refusing to answer. She couldn’t talk. Shouldn’t talk. Or she might foolishly ask him not to stop. As much as she loathed him, she had to admit that she’d been dreaming of kissing Massimo for six long years. She’d heard that sexual fantasies were a lot better than the real thing. Massimo Andretti just blew that theory out the steamed-up windows of his SUV. Her fantasies about him were prayer vigils compared to his kiss and his touch.

“You’re a very desirable woman, Nia Sylk. It will be extremely difficult keeping my hands off you for a week.” He reluctantly released her breasts, pulled his hand from under her sweater and moved back to his side of the vehicle.

Nia’s eyes slowly opened to encounter the passionate fire glowing in the sentient depths of his. She wanted to look away, break the spell, but it seemed some invisible cord held her transfixed. She was bewitched. She licked her burning, trembling lips.

“You have the most incredible brown eyes. They set my heart on fire each time I gaze into them,” he said in a husky voice. “And when you lick your lips and stare at me like that…” He growled deep in his throat and shook his head, his black wavy hair brushing his shoulders. “You have to help me live up to our agreement, Nia. You have to stop being so damn sexy or I will not be held responsible for breaching our ‘no sex for one week’ agreement.”

Help him? She couldn’t even help herself, and she wasn’t trying to be sexy.

With her heart pounding erratically, Nia scurried to her corner and pulled the lace back up over her breasts. It was just like Massimo not to clean up his own mess. She’d known that at some point they would kiss. It was what lovers do. What she didn’t know was that a mere kiss would leave her this breathless, this weak.