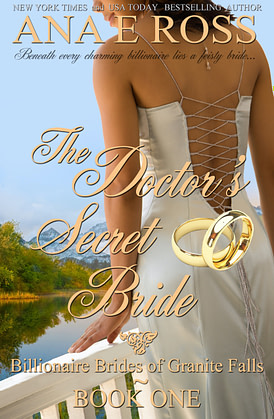 
Secrets and lies tore them apart. Can love and forgiveness bring them back together?

Michelle Carter has been down on her luck since the day she was born. So it comes as no surprise when through a series of unfortunate events, she finds herself jobless, penniless, and practically homeless. In a desperate attempt to get back on her feet, Michelle accepts a job as a nanny and finds it absolutely impossible to resist her handsome, sexy billionaire boss—but resist she must for as long as she could, especially since she’s keeping secrets from him.
Believing that his late wife betrayed him with another man, falling in love again is the last thing Dr. Erik LaCrosse wants to do. But fall, he does, and so hard, he secretly marries the alluring nanny from the wrong side of the tracks. However, when he unearths a disturbing secret from Michelle’s past, Erik must choose between his loyalty to a dead woman and the love burning in his heart for one who is very much alive.